Grayson grew up in North Carolina around bird dogs and dog men. In 1999, while serving as a US Navy Corpsman he was given the opportunity to assist the military working dog handlers aboard Camp LeJeune, NC with routine training. This sparked an enduring interest in working dogs, and he has been actively training ever since. After separating from the Navy, Grayson went to work for a police dog vender in Winston Salem, NC where he remained until moving to Boone, NC in 2005 to attend college at Appalachian State University. Upon graduating, he pursued a career in the health care industry while continuing to supplement his income with pet obedience, hunting, detection, and patrol dog training and competing at the highest levels in various dog sports. In 2011 he took a leap of faith and turned his passion for training dogs into his career.

Grayson has spent much of his adult life in austere environments training and supervising dog/handler teams.  He’s deployed twice to Afghanistan in support the US Marine Corps’ IDD (IED Detection Dog) program and twice to Africa in support of Invictus K9’s anti-poaching canine program.  He is a seasoned instructor of dog trainers and handlers.

Grayson operates Lost Highway Kennels on the beautiful grounds at Cedar Ridge Farm in Winston Salem, NC. He supports local service dog/handler teams through one on one coaching, is the founding president of the Carolinas Epagneul Breton Gun Dog Club, a board member of the CEB-US (national club for the French Brittany Spaniel), and actively competes in walking pointing dog field trials and retriever hunt test. In addition, he continues to train dogs for the public and act as an advocate for disabled service dog handlers from around the country. He not only finds this type of work rewarding but that it is a perfect fit for his training style. “As to methods there may be a million and then some, but principles are few. The man who grasps principles can successfully select his own methods. The man who tries methods, ignoring principles, is sure to have trouble.”
– Harrington Emerson

I am a results driven, balanced dog trainer. I believe that a deep understanding of the principles that govern behavior in all living beings allows me to humanely and effectively develop desirable behaviors and diminish undesirable behaviors in my dogs and those of my clients. I am grateful for the guidance of the many outstanding trainers that took the time to mentor me along the way. Training dogs is my passion, but training trainers and handlers is what leads to long term success. 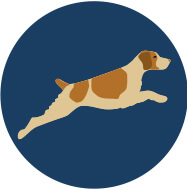 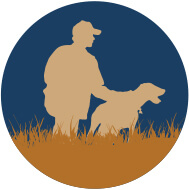 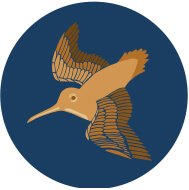